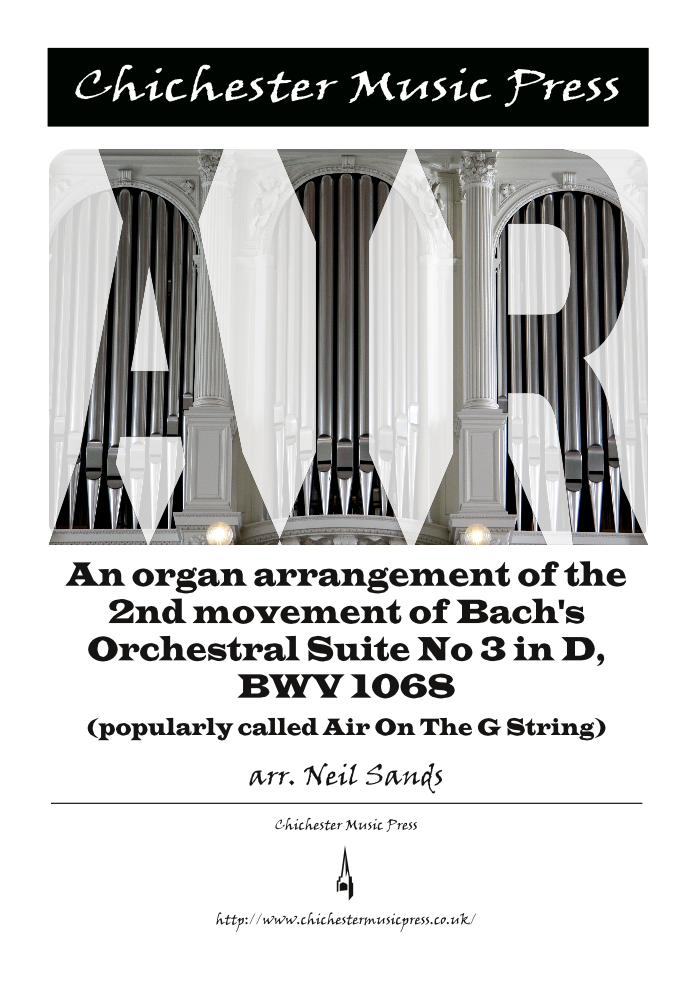 An arrangement for organ of Bach's highly popular piece originally for strings. It's the second movement from his Suite No 3 in D major, BWV 1068. The popular name Air On The G String actually refers to an arrangement of the Air by August Wilhelmj, rather than to Bach's original.

Although the suite is for orchestra, the movement is for strings. This arrangement is faithful to the part-writing of the original. It's not a simplified version aimed at beginner organists.

The piece is an enduring favourite at weddings, and should be in every organist's collection.