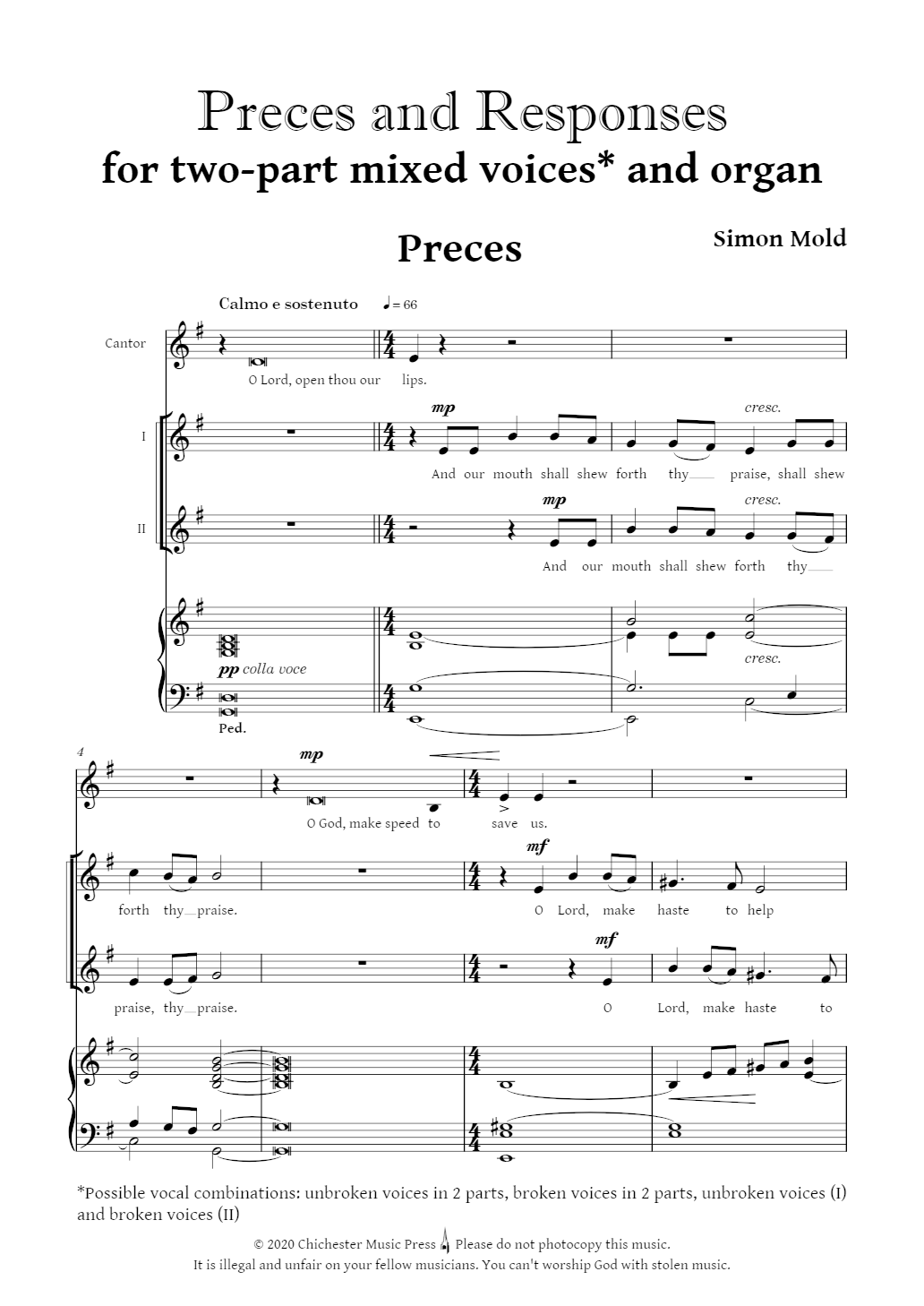 I wrote this set of Preces and Responses in 1993, when sets with organ accompaniment were uncommon. My aim was to provide something which, with just two vocal lines and with several vocal combinations possible, was straightforward to learn and easily adaptable to local and amateur circumstances whilst being sufficiently different from other commonly-used sets to appeal to cathedral choirs as well, which has happily proved to be the case.

The musical style is restrained and monastic, drawing inspiration from unobtrusively accompanied plainsong and some of the more lyrical accompanied recitatives in Handels oratorios and operas, for instance Thy rebuke (Messiah) or Chi vide mai (Tamerlano). The vocal lines intertwine gently, often in canon, and the organ provides a sustained background with occasional phrases imitating the voices. The Preces and the Lesser Litany are conceived as single complete movements, rather than a series of discrete versicles and responses.

Men's voices are used in the illustrative recording but, as remarked above, other vocal combinations are allowed for and encouraged (see footnote at the bottom of page 1 of the score).