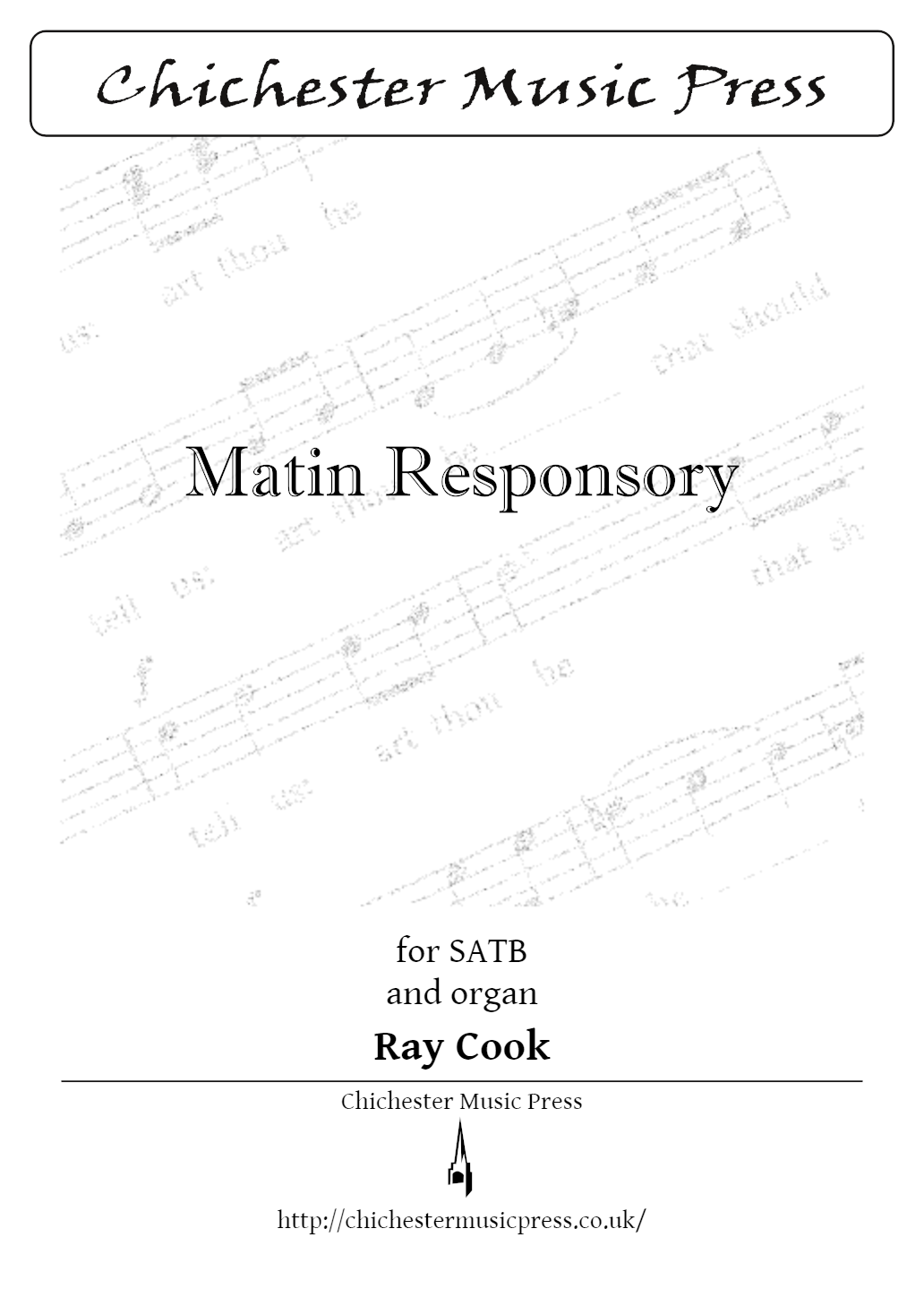 My Matin Responsory is scored for SATB and organ, with solo soprano and tenor. I wanted to experiment with quasi Middle Eastern harmonies, having sung, and thoroughly enjoyed James Whitbourns Magnificat and Nunc Dimittis (for which he also adds a beautiful solo viola part).

It begins with a solo soprano, but could easily be sung by the whole section if wished. This is accompanied by pianissimo sustained chords on the swell strings. The full soprano line then joins before full SATB enter on Tell us. High and low, rich and poor is sung by a solo tenor  although again, the entire section could take this if wished  and the sustained chords used at the beginning are now also allocated to SSA.

On Go ye out to meet him and say, the unison lines are very Middle Eastern. Soprano and alto now take over, accompanied again with sustained organ chords before tenor and bass join, taking the text to Stir up thy strength, another unison passage to begin with emphasising the meaning of the words. The Gloria has Middle Eastern colours, culminating on a climax at Holy Spirit, before returning to the opening phrase, finishing strongly on Israel.

This is a relatively easy piece to access but choirs may enjoy the demands of a slightly different harmonic and melodic colour, providing, perhaps, a musical contrast to the seasons festivities.