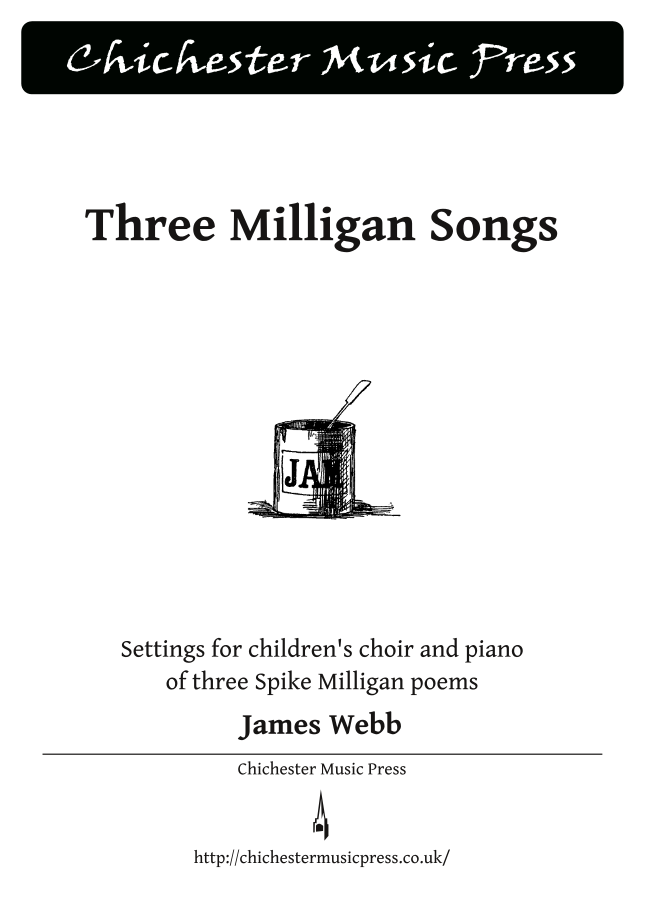 Spike Milligan's poetry for children easily rates alongside that of Lear, Lewis Carroll, Roald Dahl or any of the other great writers who specialised in this field. Despite this settings of his words are still relatively thin on the ground. I sought partially to redress the anomaly with these three short songs, composed for the Year 7 and 8 Choir of Wimbledon High School.

The first should be sung, as indicated, with rising menace: I had in my mind a recalcitrant army of vengeful zombie children, not unlike the army of ghosts which rises terrifyingly during Wagner's Der fliegende Holländer. The second should be sung with purety and piety, such as was heard from the trebles of the Chapel Choir of King's College, Cambridge in the 1960s. The final song should evoke the dramatic tension and edginess of a man genuinely afraid of jam (this text is just one of Milligan's anti-jam poems and so there is good reason to believe he did indeed dislike it.)