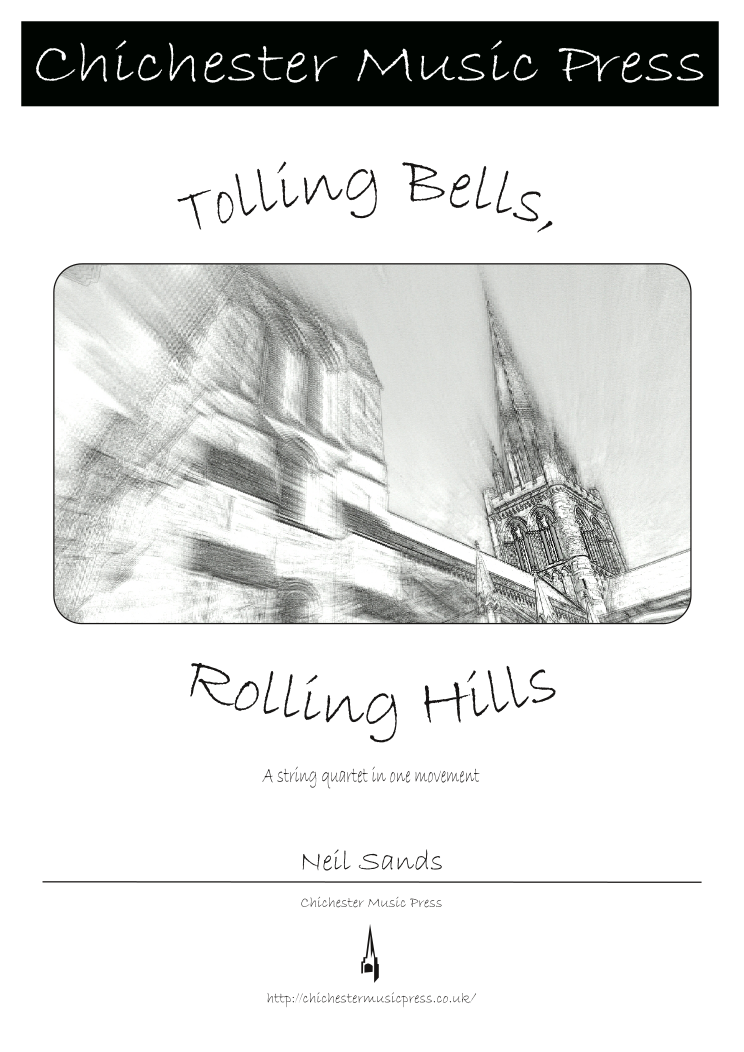 Almost all the music I write is for voices. The words I'm setting dictate the form of the music, and usually the very first spark of an idea of what to write comes from the words. When I was asked to write a string quartet about Chichester and its surroundings, I knew there'd be no such springboard. So to take the place of the words I decided to conjure for myself a set of vivid mental images, both visual and aural, of Chichester Cathedral and the South Downs, and use those images as a starting point for the music.

We're in the cathedral as the clock chimes six. Evensong is on. We hear the Responses being sung, the Precentor's intonations being answered by the unaccompanied choir. A sung Kyrie is followed by a Lord's Prayer, both parts of the daily ritual of worship at the cathedral that is already many centuries old. As the service comes to an end, and the reverent hush of the congregation begins to give way, tentatively at first, to chatter, we leave the building, and travel out into the hills that surround Chichester, in the company of the cathedral's nesting peregrine falcons, and explore the landscape from their aerial perspective. With them we witness the hills' many moods; now boisterous, now eerie, now subdued, always pastoral.

But even this far off, the cathedral is always visible, like a tiny jewel on the vast landscape, and, at the very edge of our hearing, perhaps we can still hear the bell.