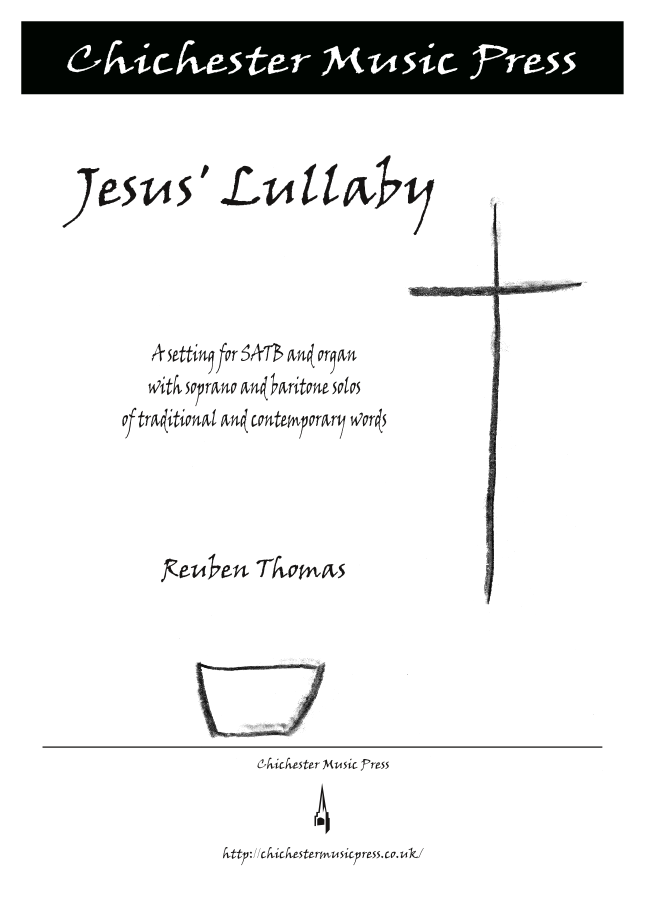 Jesus' Lullaby sprang from several sources of inspiration, and its composition owes many debts. Singing some years ago on a recording of John Rutter's beautiful setting of Lullay, mine Liking, I had a vision of a style that married its joy and simplicity with more challenging lyrics. Starting with the same text, I turned Mary's lullaby into a conversation by adding words for Jesus; but this is Jesus at the time of his ministry, old enough to be Mary's father. The joyful new mother and dedicated missionary sing lullaby to each other across the years.

As a boy chorister at St John's College Cambridge, one out of the myriad chants to which we sang psalms stuck in my memory as the most beautiful (with the possible exception of Tonus peregrinus!), by Alan Hemmings, sometime organ scholar. Andrew Nethsinga, the current Director of Music, kindly sent me a copy of this lovely chant, which gives Mary her melody, and both her and her child their harmony. I am most grateful to Alan for allowing me to use his chant. Mary's harmony is gradually muddied on each repeat of her refrain with a sort of written-out reverb effect. Jesus adapts the harmony to his Mahlerian tune (from Das Lied von der Erde), and the piece begins and ends in "His" key. I wrote my own chant for the chorus, whose passages should have a feel of Anglican psalmody.

I am most grateful to Iain Simcock, Jamie Hall and Neil Sands for their invaluable comments on the score from their various perspectives, and to Charles Bennett, who kindly criticised my text.

The piece's first performance was by the Ensemble Vocale of the Académie Vocale de Paris directed by Iain Simcock, who also played the piano, with Reuben Thomas as Jesus and Morgane Collomb as Mary, at the church of St-Germain-des-prés in Paris on 19th December 2013. My heartfelt thanks go to Iain and the singers of the Académie Vocale de Paris for being such wonderful musical companions over our years of making music together, giving me my first taste both of teaching the church music tradition in which I grew up, and of directing a choir. It is in humble recognition of an immense gift, and not in any hope of being able to repay it, that I offer them this piece.