In The Shadow Of Mamayev - Edward-Rhys Harry 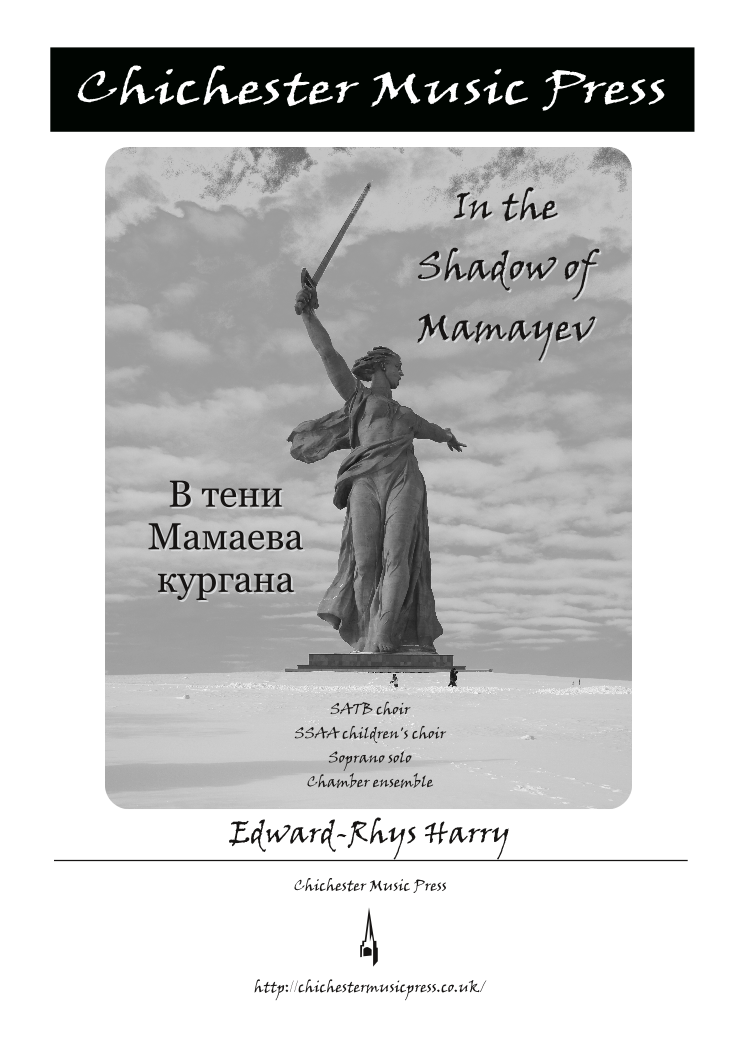 In The Shadow Of Mamayev is a choral work for SATB and children's choir, soprano solo and chamber ensemble. The work may also be performed with reduced instrumentation or with piano or organ accompaniment only.

In The Shadow of Mamayev is a work of seven movements that serves as an act of remembrance for the victims of war. The movements have all been inspired by monuments built across the world that commemorate those who have fallen, or who have survived, yet are still victims, either physically or emotionally. The text is a combination of previously published (Rossetti), newly written (Peter J Bulchin) and sacred texts.

The work was written firstly as a featured new work in the choral festival 'Voces Volgograd' in Volgograd, Russia - the statue of Mamayev stands over the city, formerly known as Stalingrad. It also formed part of the inaugural season of The Harry Ensemble, a vocal ensemble that exists to promote British choral music outside the UK.

Following the performance, a question-and-answer session with the performers and audience revealed that many in attendance had lost relatives at the famous Siege of Stalingrad.

As this work is published so close to the centenary of the beginning of the First World War, it is hoped that we will all Remember...