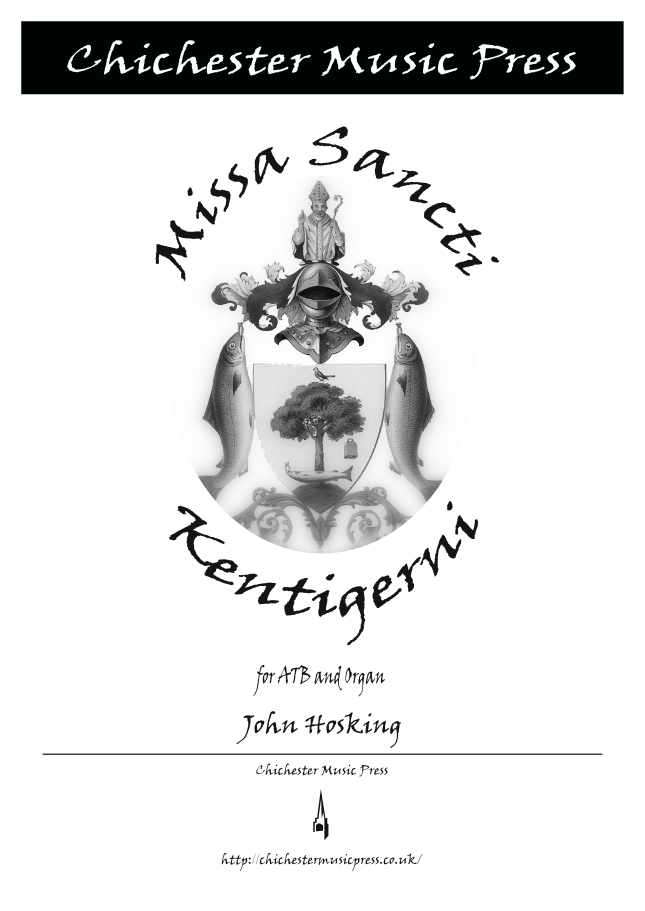 It was St Kentigern who founded the original cathedral and monastery at St Asaph, having fled from Strathclyde due to a strong anti-Christian uprising led by the king at the time. Better known as Mungo, Kentigern had stayed initially at St David's with Saint David himself before settling at St Asaph.

Kentigern would often pray standing in the freezing cold river (The Elwy - hence St Asaph's Welsh name Llanelwy meaning "consecrated land by the River Elwy") and it was through this activity that he noticed the actions of one of his disciples, Asaph. Asaph had been commanded to bring a brand of burning wood to warm him while at prayer, but the thoughtful boy instead wrapped burning coals in his apron. This miracle revealed to Kentigern the holiness of the boy, later to become the first Bishop of St Asaph.

Missa Sancti Kentigerni is a celebratory piece, with some French influences - notably in the organ part - but also contains long, shapely phrases in both the Kyrie and Benedictus to provide some moments of reflection. The Agnus Dei was written on Remembrance Sunday 2013 and is almost a cry for help, working up to a rather angry climax underpinned by repeated pedal notes. After all the anguish and painful litanies for mercy, this subsides to a quiet final statement, with the organ finishing on flutes and strings still leaving a sense of unease. The writing here also reflects the hardships of the saints at the time, the brutal discipline of prayer in the cruel winter waters and the destruction of the cathedral twice in its history!

Careful note should be taken of the articulation and dynamic markings in performance; the staccato writing in the Gloria, in particular, should come across as light and airy with no hint of heaviness whatsoever.

Please note the Scorch playback of this score has been muted. Use the MP3 instead.