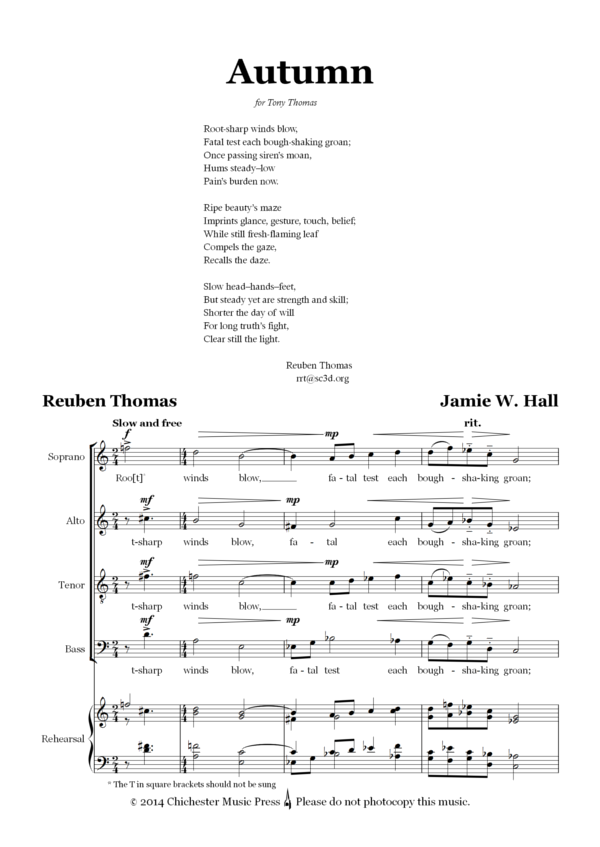 The third setting of a four-movement collaboration with fellow-singer and poet Reuben Thomas, Autumn, like the season itself, has an unsettled quality, sometimes still and at other points blustery with a harmonic language that can perhaps be described as undecided. The shortest movement of the set, Autumn makes use of material which in Spring conjures images of new leaves and rapid growth, reappearing in far less rhythmic form representing the same leaves falling: nature in decline.

The relative brevity of the setting is a deliberate attempt to capture the typical here-today-gone-tomorrow English Autumn; its red leaves, vanilla skies and crisp, clear air giving way all too soon to the long, damp grey of early Winter.

In performance all pitches must be accurately and cleanly sung, and a tempo chosen to allow every dissonance to properly speak.

See also To Every Thing…, the full cycle which contains Autumn.