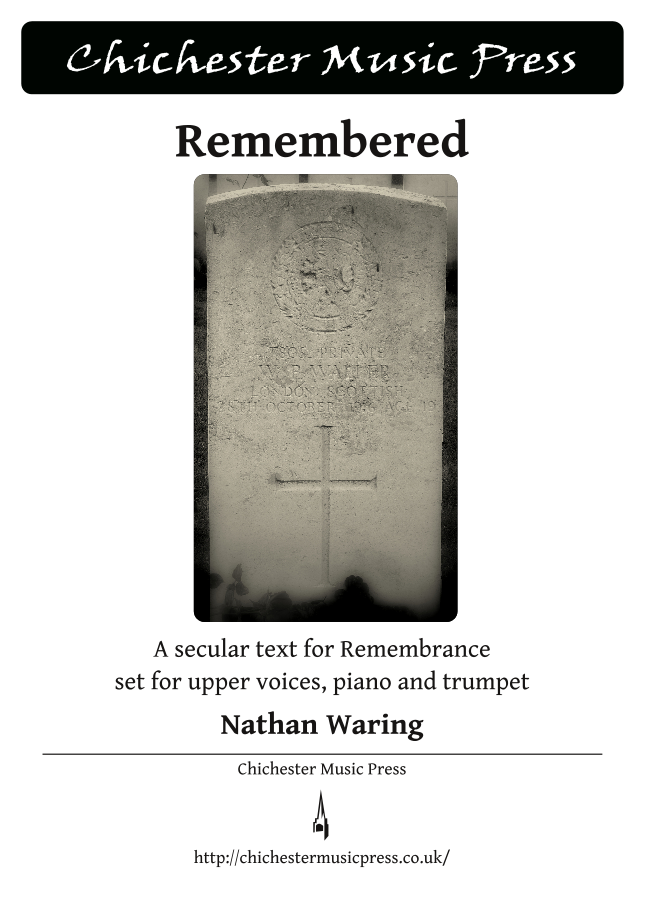 Remembered was written in response to finding out, 100 years after the beginning of the conflict, about a lost relative who fought and died in the First World War. William Pettigrew Waller landed in France on 30th September 1916, but was only to see a month of fighting with the London Scottish Regiment when he was killed by enemy shells on October 28th. His father, Christopher, was also serving in France at that time, as a Private in the Queen's Regiment. He survived the war and received his son's pocketbook, watch and chain on his return to England.

The music and lyrics of Remembered, though quite simplistic in style, encourage the generation of today not to forget the sacrifices of the past. The trumpet's version of Last Post that joins the descant towards the end of the piece makes for an emotive final chorus.