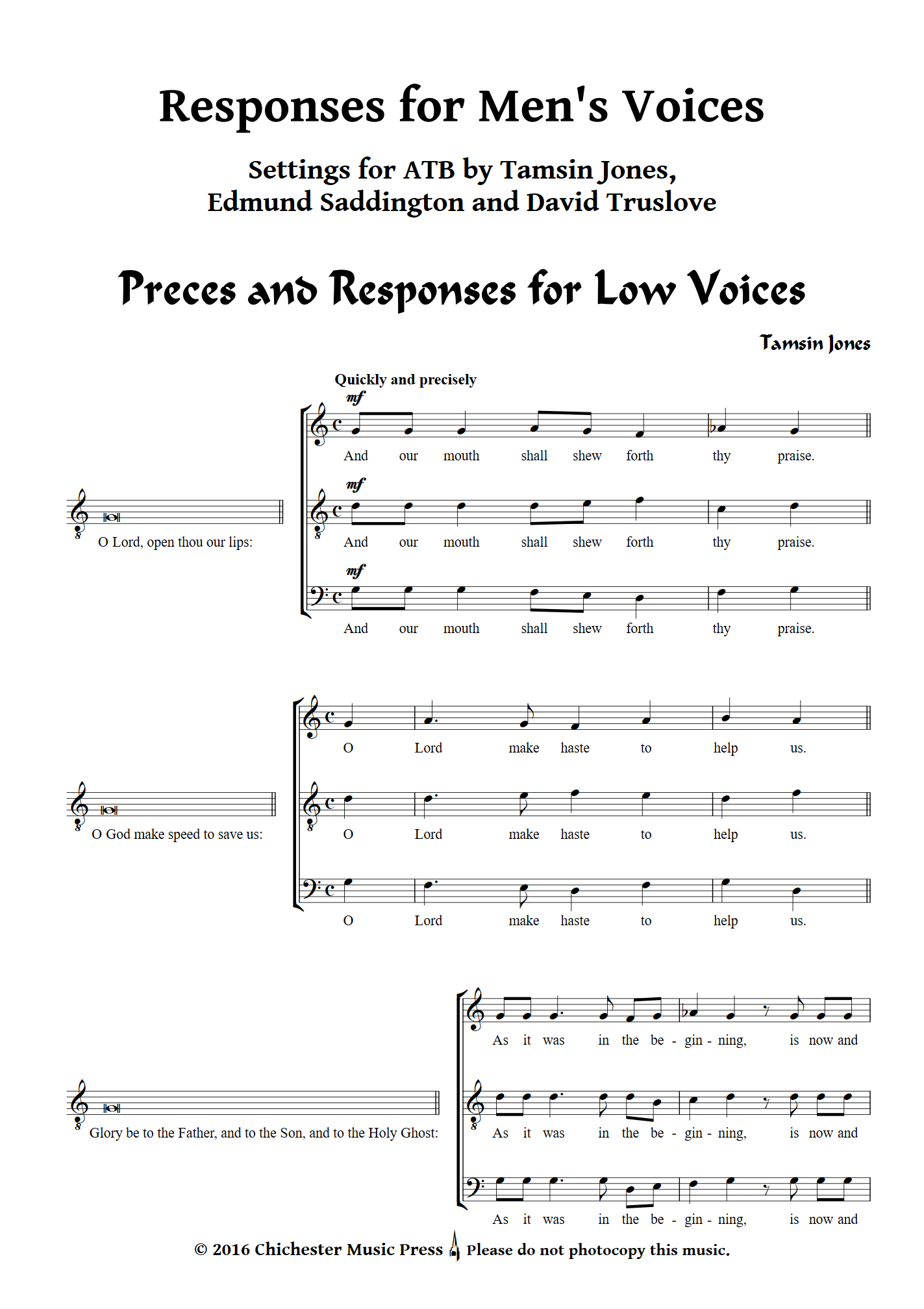 Appearing for the first time in a single volume, the settings of the Preces and Responses for men's voices (ATB with various divisions) by Tamsin Jones, Edmund Saddington and David Truslove all appear in this collection. Each setting is closely associated with a particular cathedral.

Tamsin Jones's Preces and Responses for Low Voices was first performed at Chester Cathedral. Its Lord's Prayer setting is a three-part canon with the tenor inverted.

Edmund Saddington's Preces & Responses, which have never been published before, were written in 2012 and given their premiere by the lay clerks and choral scholars at Portsmouth Cathedral under Dr David Price in March 2015.

David Truslove's Preces & Responses for ATBB Voices was written for the layclerks of Winchester Cathedral Choir, though they're also in the repertoire at Chichester Cathedral. They offer some arresting harmonies and a few irregular progressions, as well as the unconventional use of an alto soloist.