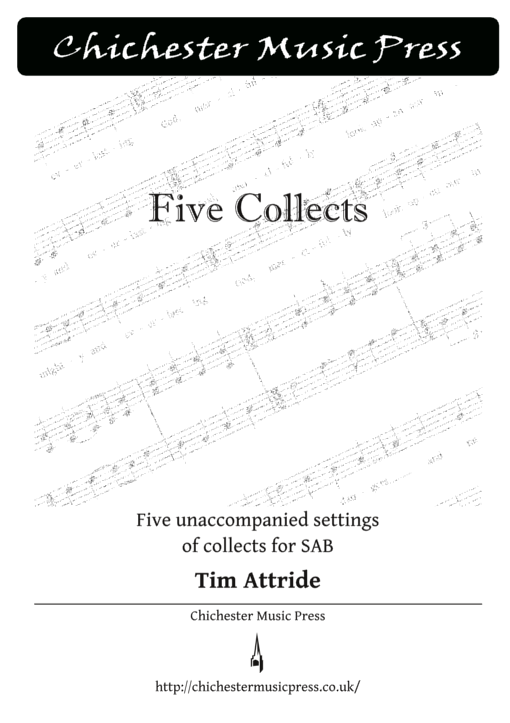 These five collects were inspired, in the first instance, by a setting which my late father wrote about forty years ago. After reading the words at his funeral, but being unable to find the music, I started composing the Trinity 21 from scratch. With just three men in the church choir at the time, it seemed logical to write in SAMen format.

Once the first one was finished, the rest flowed reasonably quickly and the two Epiphany collects received a concert premier by a local chamber choir the day before the first one was used liturgically. As with much of my writing, time signatures may vary during the pieces, but a sense of carrying the words is maintained throughout.