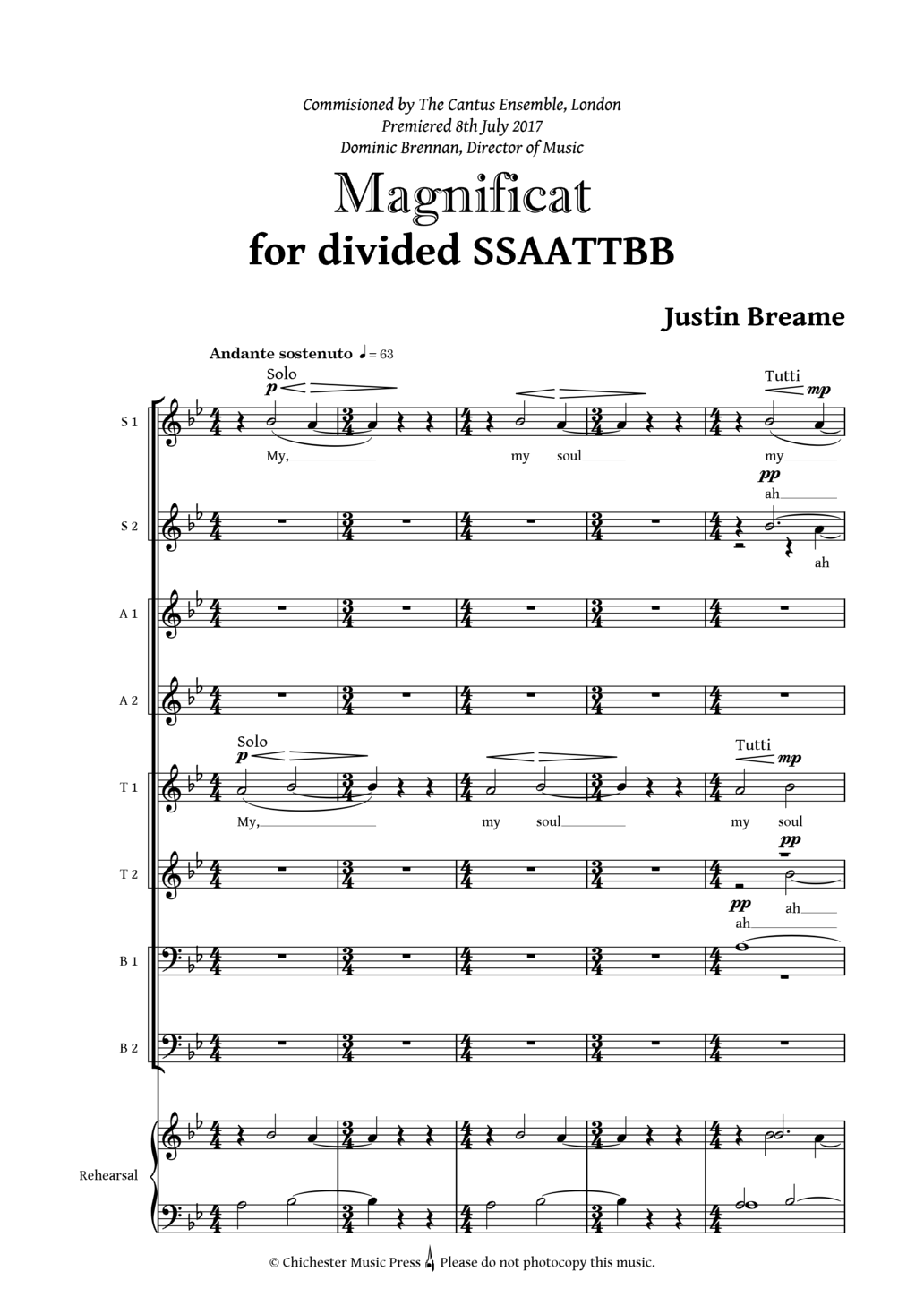 This setting of the Magnificat was written as a response to the Nunc Dimittis by Arvo Pa?rt, though it functions perfectly well on its own or paired with other settings of the Nunc Dimittis. I was moved by the humility, which comes across in Pa?rt's setting and this is something I have tried to maintain in my setting of the Magnificat. As a starting point I used the echoing/call-and-response idea found in the last section of the Nunc Dimittis, but rather than having the two note phrase echoed across the parts, I have used a two-note phrase which is compounded, overlapping between the tenor and soprano, and other voices subsequently, forming a strong conclusion in the last section. There is also an underlying tension found in the Nunc Dimittis which I have tried to maintain, whilst also adding depth via the use of polarity as often found in Pa?rt's work. In closing, I decided that rather than have a resounding, jubilant finish I felt it appropriate to maintain the humble feel with a more plaintive, and again, tense final Amen which mirrors the close of the Nunc Dimittis.

The recording is by The Cantus Ensemble directed by Dominic Brennan.