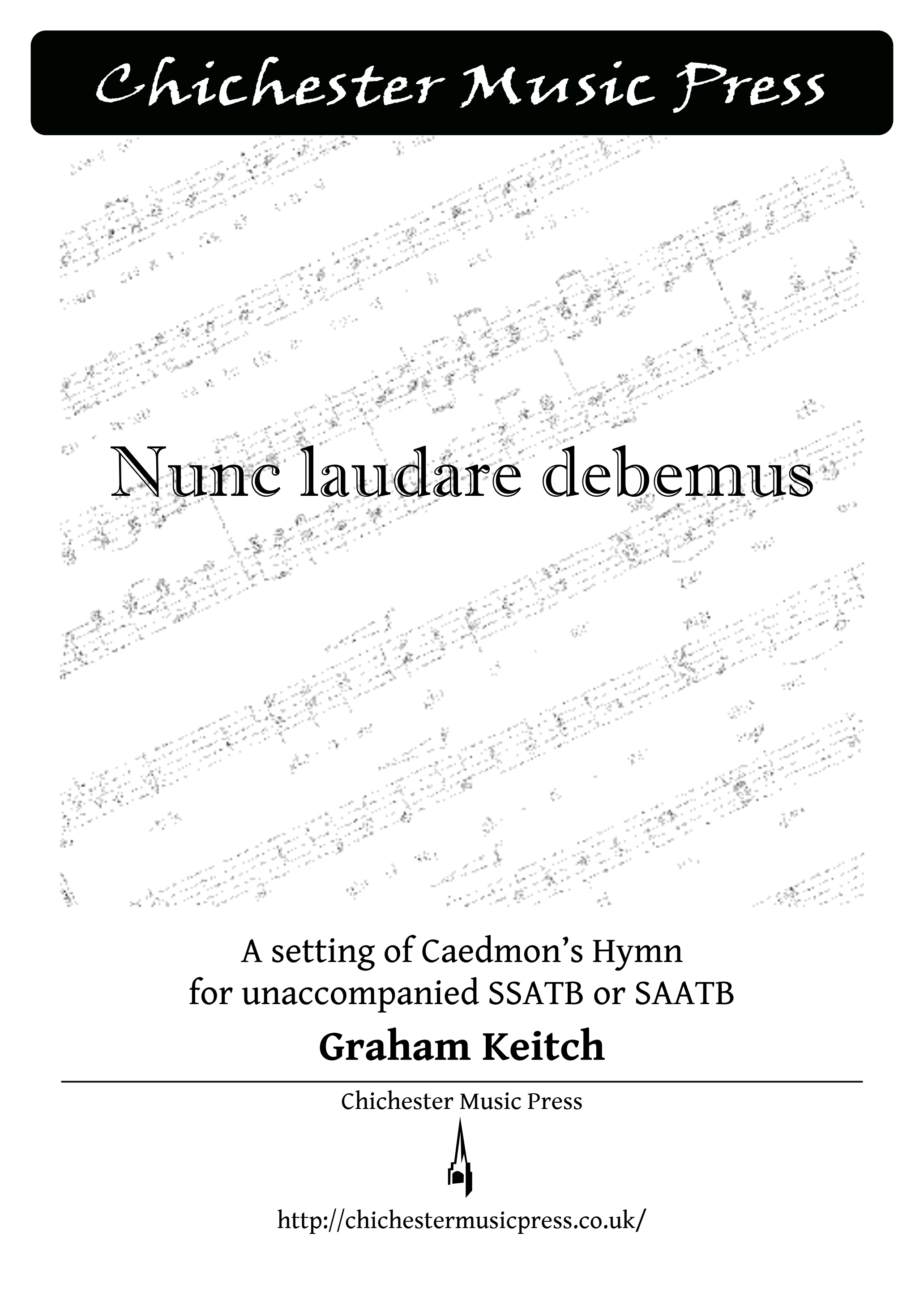 The City of Gloucester marked the 1100th anniversary of the death of Queen Aethelflaed with various events which ended with a commemorative evensong in the cathedral on June 12th 2018 when Nunc laudare debemus was first sung. Aethelflaed, daughter of King Alfred the Great, helped shape the United Kingdom as we know it today. She died in 918 and is buried at St Oswald's Priory, near Gloucester Cathedral. The motet was commissioned for the 2018 commemorations and was well received, resulting in a second performance by Gaudeamus at the Gloucester Music Festival 2018 in the cathedral a few weeks later.

The text is Bede's 8th century Latin translation of Caedmon's Hymn, an early Anglo-Saxon poem celebrating 'God the Creator and Guardian'. The motet is composed in a gentle, lyrical, polyphonic style and is suitable for liturgical or concert use throughout the year.