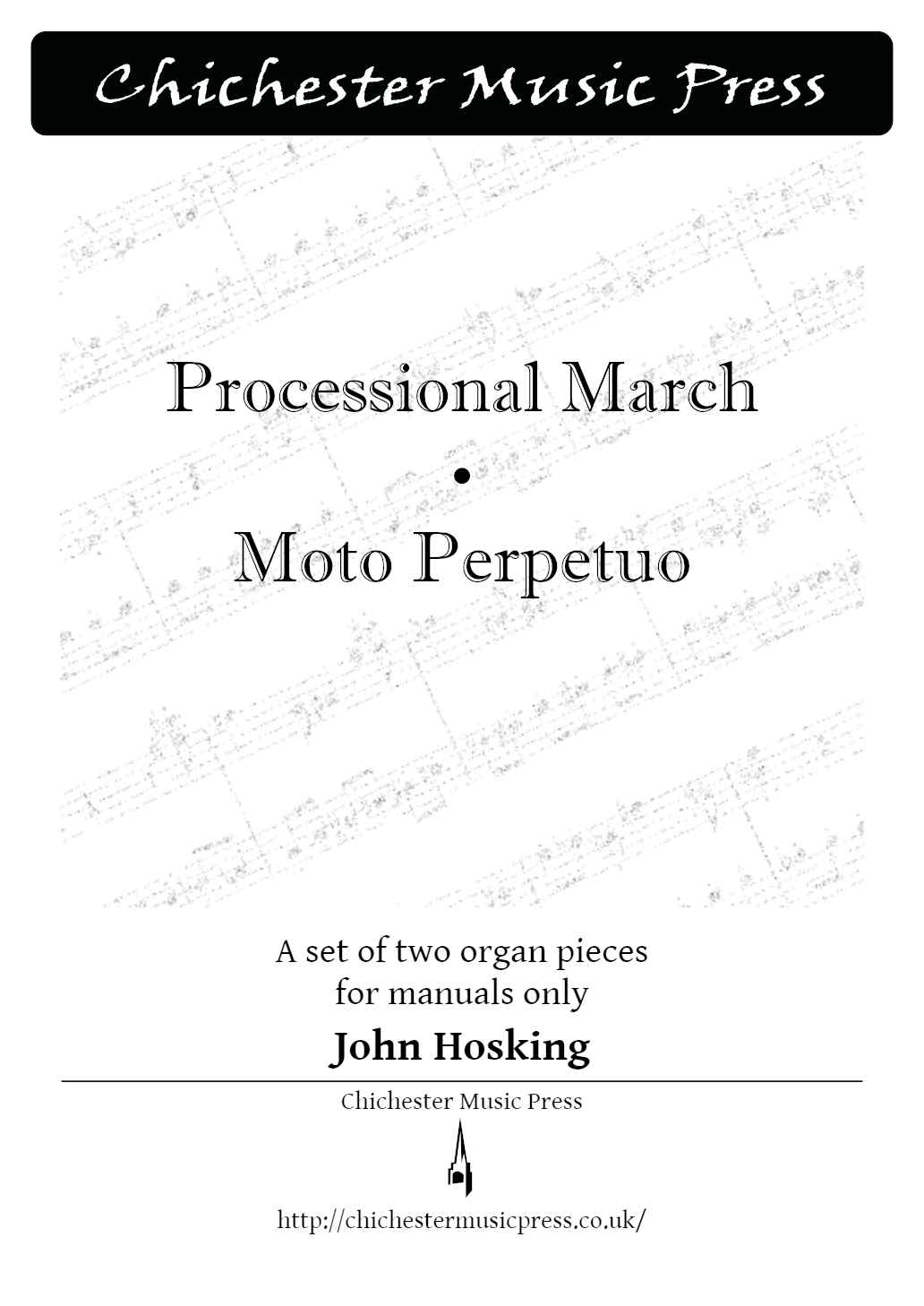 Alastair Johnston asked me to write him two contrasting works for manuals only, in a continuing series of compositions that he has commissioned. The brief was not to be too difficult and for each work to be playable equally effectively on a small or large instrument.

Processional March is very English in character and was envisaged for use after a service on a festal occasion. Registrations are given for organs with generous resources; on smaller instruments common sense should be used to achieve contrasts between the various sections.

Moto Perpetuo is minimalist in concept, with a repeated left-hand note or right-hand figuration being constant for most of the duration of the work. The opening right hand theme is used in its original and retrograde inversion forms throughout, with some variations as the piece develops. This work is also very effective played on the piano and may be used as a piano solo if desired.