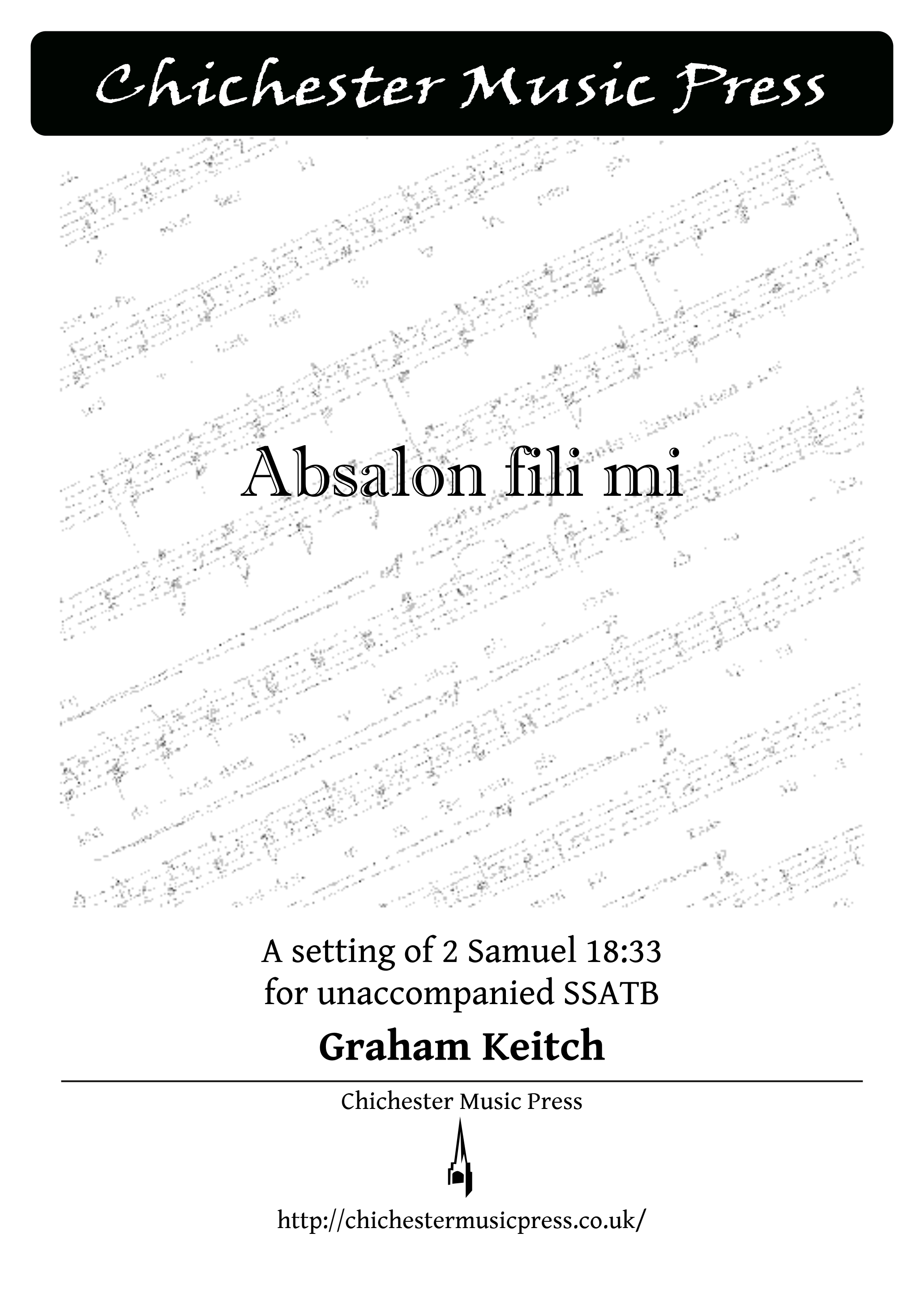 King David's grief over the loss of his son Absalom is enacted through the text of the motet, Absalon fili mi. This short setting is one of several works composed for David and Judith Acres who requested the text to be set for their upper voices choir, Contrapunctus Early Music. They gave the first performance at St John the Evangelist Cathedral, Cleveland, OH in April 2016. The full choir edition published here was intended for one of the Acres' other choirs, The King's Counterpoint, based in Charleston, SC. It was first sung by them during an all-Keitch evensong at Wells Cathedral a few months later.

The text has no specific place in the liturgical calendar and can be sung throughout most of the year. However, King David's outpouring of grief at the loss of his dear son draws a parallel with the mood of Passion Week when Christians reflect on Christ's suffering and death on the cross. The story of King David is familiar in the secular world too and the work is equally at home as a concert item.

Keitch's treatment of this powerful text reflects the restraint and sensitivity that has become the hallmark of his work and the Anglican choral tradition in general. The choir loved singing this piece, and the first night's audience demanded an encore! - David Acres