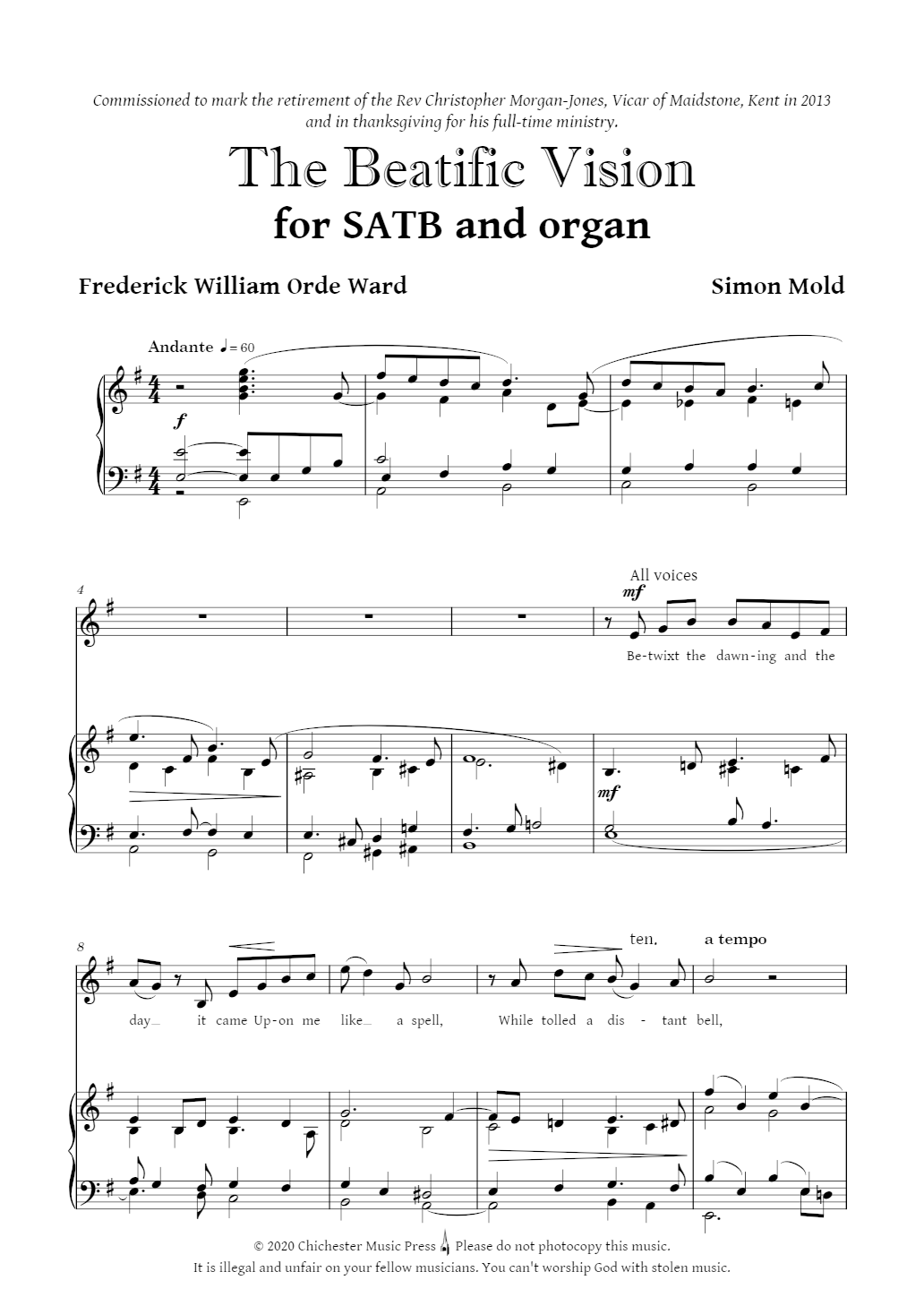 This extended piece was commissioned to mark the retirement of the Rev Christopher Morgan-Jones, Vicar of Maidstone, Kent in 2013 and in thanksgiving for his full-time ministry. The interesting text is a poem by Frederick William Orde Ward (1843-1922), one of a group of nineteenth century neo-metaphysical poets who revived the writing of mystical Christian verse. The Beatific Vision tells how the writer experienced "A wondrous vision but without a name" which initially seemed "Exceeding terrible;" but then a Voice "swept away the clouds of gloomy fears", assuring him that in spite of appearances to the contrary all was well with a world emanating from a "Presence" which was "boundless love".

The music shadows the text's twists and turns, contrasting unison with harmony and alternating between major and minor tonalities to mirror the poet's shifting mood. Broadly speaking the piece falls into four sections that respect the four stanzas of Ward's poem. The opening section, for full choir and organ, announces the principle musical themes and leads to a moment's quiet, mistico reflection at the words "I felt a Presence though I saw no face". Then the music opens out into sunniness as the sopranos emerge from the clouds of doubt with a confident, extended melody, enthusiastically taken up by the full choir.

Stanza three of the text is sung by unison tenors and basses to a broad tune, swinging in compound time over a rippling accompaniment that glances at "The giant wheels and all the hidden springs/Of this most beauteous globe". Its reflective conclusion contrasts with an abrupt organ fanfare that announces the final section of the piece: the full choir suddenly returns at what is intended to be a spine-chilling moment, then maintains the momentum of the texts increasingly confident thrust. After a final pause for renewed reflection, recalling earlier music, the piece ends in a blaze of glory, the organ tuba announcing the final bars celebrating "boundless love".