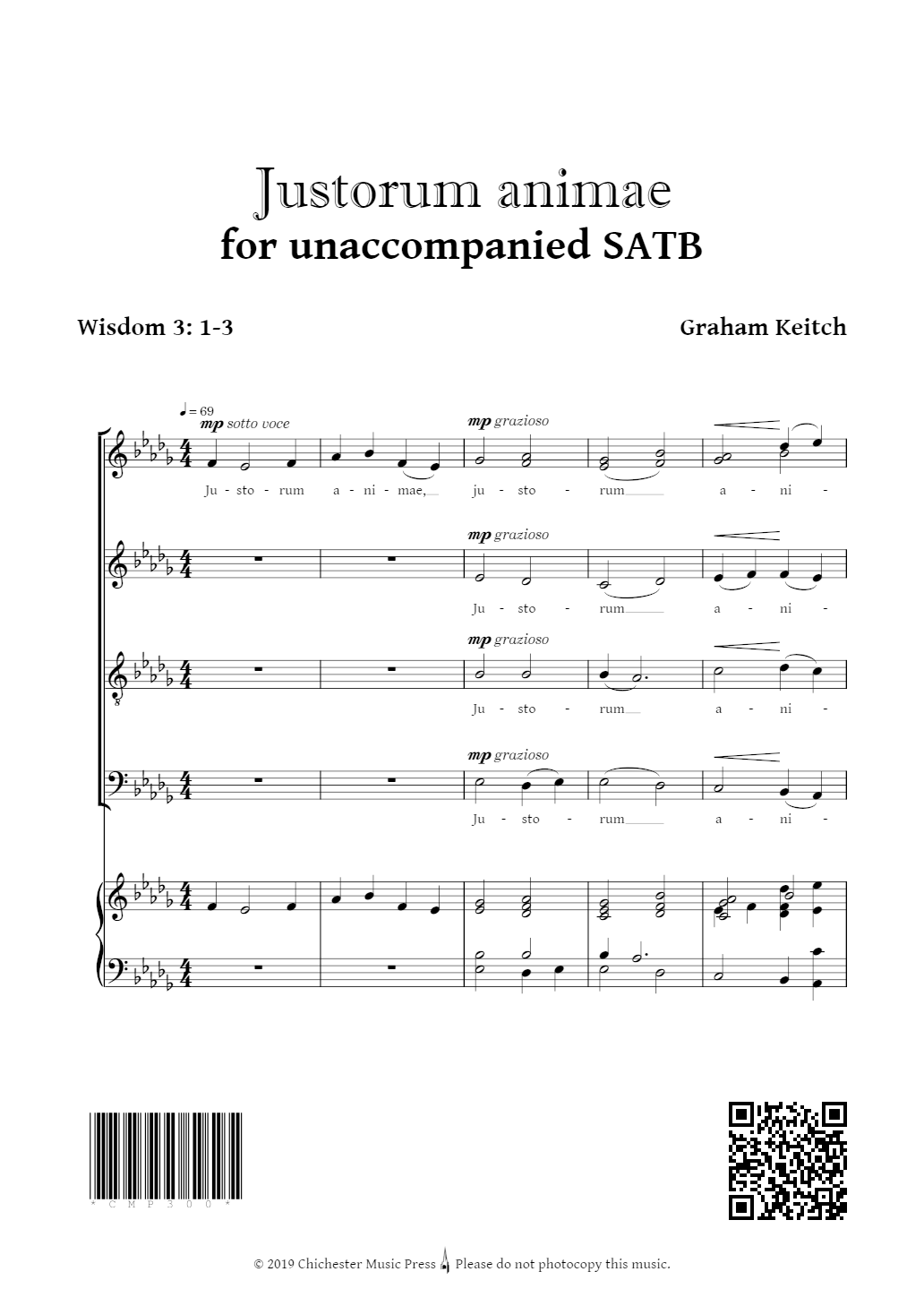 Justorum animae is available on Guardian of Heaven (Cantate, Zoltán Pad), which can be ordered from here.

The souls of the just are in the hand of God is used throughout the year to commemorate saints and those who have given their lives in the course of public duty and service. This motet is relatively straight forward and is suitable for choirs looking for a modern alternative to the more familiar settings of these words.

The motet was first heard in Toronto (Cantabile Chamber Singers, 2014) while the UK premiere took place during the Brandenburg Choral Festival in London (Fisher Consort, 2017). The Amuse Singers gave the first US performance during their 2017 New York concert season. The first cathedral outing took place the same year at St John the Divine Cathedral, New York. Cambridge choral scholars Concanenda recorded the work for their In memoriam EP and more recently it was recorded by Cantate for the EM Records CD, Guardian of Heaven (EMR CD061).