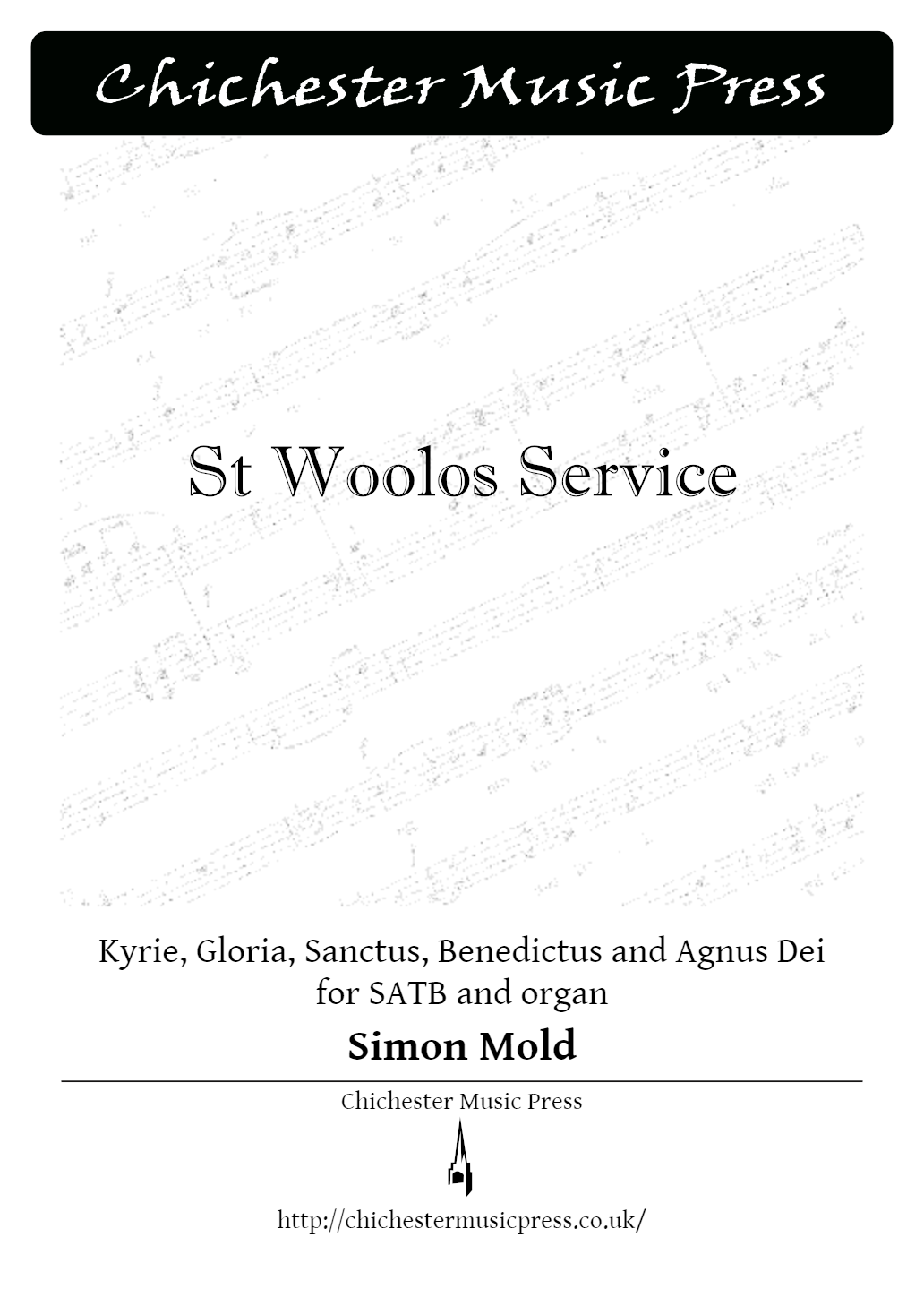 St Woolos Service is available on The Beatific Vision (Leicester Cathedral Chamber Choir, Christopher Ouvry-Johns, Simon Headley), which can be ordered from here.

The St Woolos Service, a setting of the Latin mass, was commissioned in 2010 for the choir of St Woolos Cathedral, Newport, Gwent by their then Director of Music Christopher Barton.

The Kyrie introduces a triplet figure which is taken up by sopranos in the central Christe section, the opening music then returning to complete the movement. The Gloria begins con moto, followed by a quieter central section featuring the altos and basses. A reprise of the opening plainsong intonation leads into the final section that concludes with joyful amens. The Sanctus introduces an organ fanfare that periodically punctuates the forceful phrases of the choir, before all concludes quietly as the fanfare passes into the distance, as it were. A soprano solo, complemented by a solo oboe stop, begins and ends the Benedictus, wherein the choirs osannas are thoughtful and muted. The Agnus Dei combines a number of hitherto-heard themes, moving up three keys before a coda, based on the now-familiar triplets, ends with a short soprano descant and quiet, high organ trills.