Phos Hilaron - A song of the light - Robert Fielding 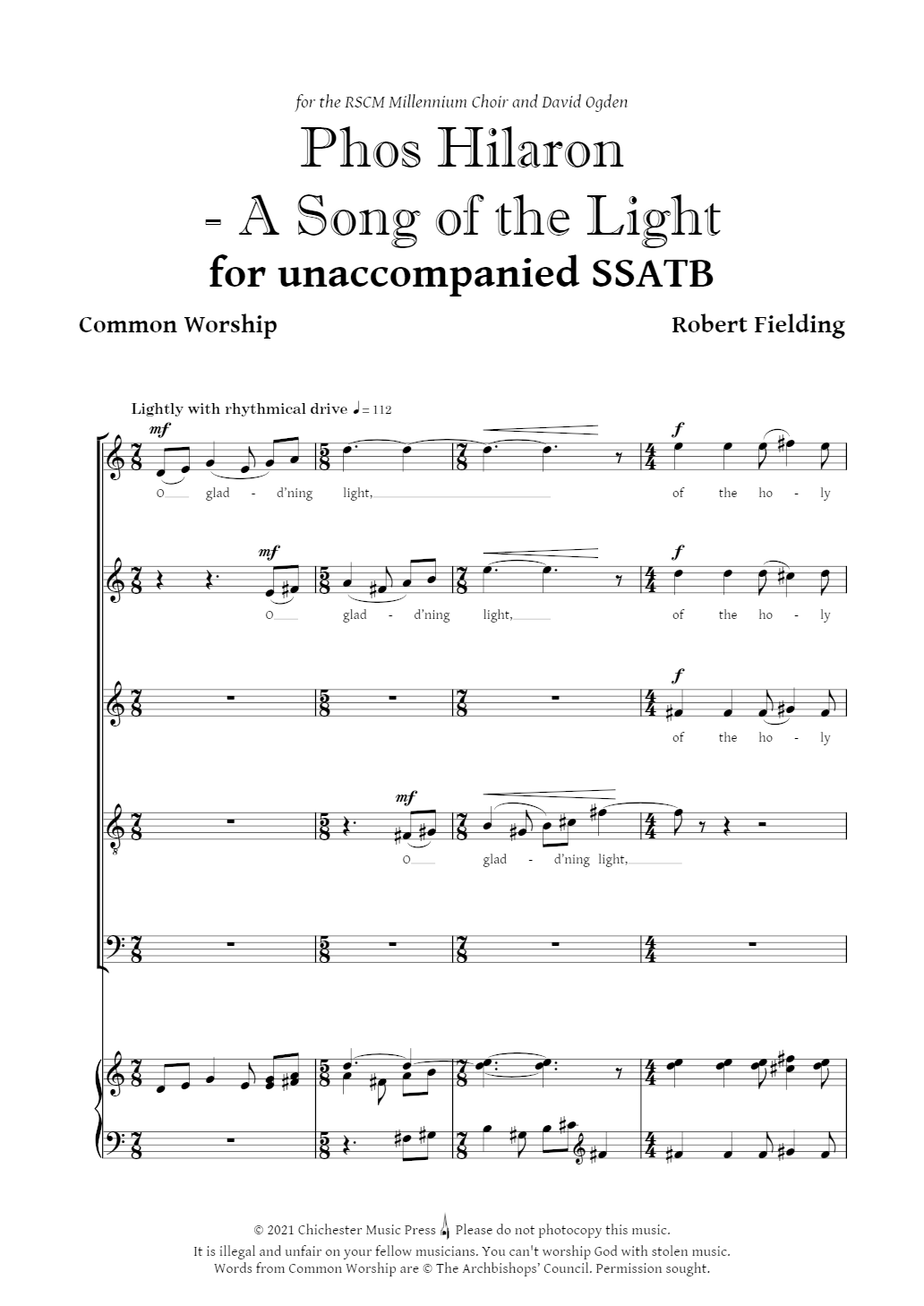 This anthem was written in response to a request from the conductor of The RSCM Millennium Youth Choir, David Ogden, for a work to be used as part of a BBC Radio Three live Choral Evensong from Romsey Abbey. It was broadcast on Wednesday 30th August, 2006.

The text is considered to be the oldest hymn in modern use and was thought of as 'old' by St Basil the Great (329-379). Popular tradition has it that the martyr bishop St Athenogenes, whose saint's day is 16th July, stayed his executioner while singing this hymn, which was then passed on by his surviving disciples, ten of whom died with him by the order of the Roman Emperor Diocletian in c. 305AD.

The translation is taken from the 2005 publication Common Worship: Daily Prayer. The lively rhythmical drive and harmonic colours are inspired by both the text and the enthusiasm and skills of both conductor and voices who gave the work its first performance.