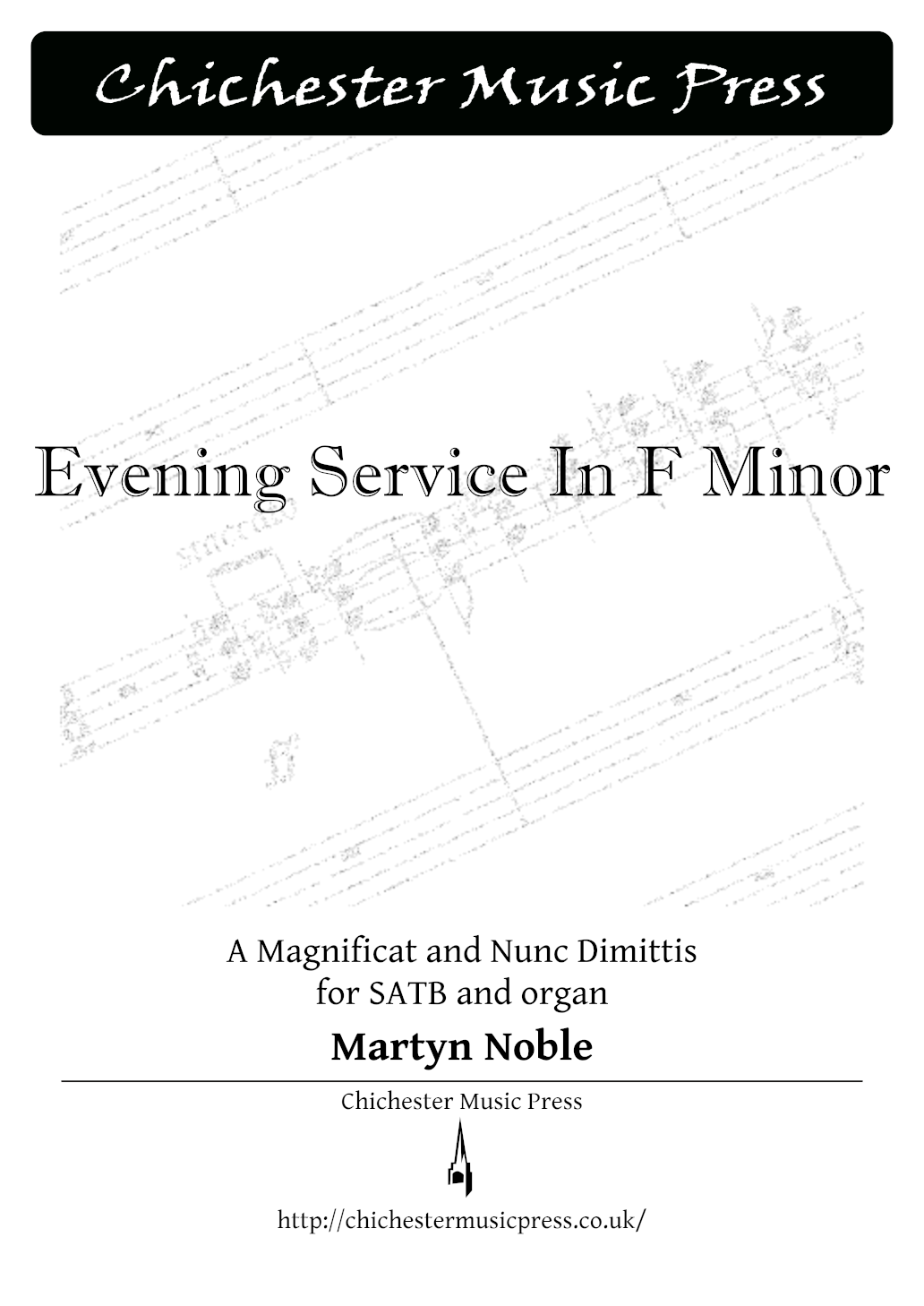 This setting of the Magnificat and Nunc Dimitis in the key of F minor pushes the boundaries between dissonant and consonant relationships. There are quiet sections with very simple harmony accompanying a solo voice, but there are also much more dramatic and dissonant sections that contain loud organ chords comprised of both a tritone and a major seventh that rise chromatically.

The Magnificat begins fairly modestly until it is interrupted by the organ, with its use of dramatic false relations and chromatic harmony which the choir then copies. A much more sombre mood is then utilised for "his mercy" with a slowing down of the harmonic rhythm, before more dissonance is explored, building to the climactic "mighty from their seat" with its use of bold, unprepared suspensions, accompanied by chromatic block chords from the organ. It eventually winds down to the very peaceful section which starts with "He remembering  his servant Israel" before eventually finishing on a quiet unison note from the sopranos and altos.

The Nunc Dimittis is much quieter and slower with a more reflective, contemplative feel to it. It explores the strings of the organ with cluster chords whilst the choir have long, slow-moving and slightly tonally-ambiguous lines above it. From bar 15 however, it builds and builds, getting more and more spiky in its harmony until at the end we have the vocal lines in unison with some intense harmony from the organ underneath. This then leads back into the dramatic Gloria.

The Gloria is very dramatic and is definitely the focal point of this work. After more dissonance from the organ introduction, the Gloria is led by the choir with loud interjections from the organ. Eventually the organ erupts, breaking the tension, and material from the start of the Magnificat is reintroduced before eventually finishing with a glorious final cadence with an (optional!) top C from the sopranos over an F major chord. The pedals have the final say however with a cheeky, descending motif that goes through Ab and Gb before settling on the tonic.

This piece is set for four parts only with optional divisi for the final four bars of the Gloria.