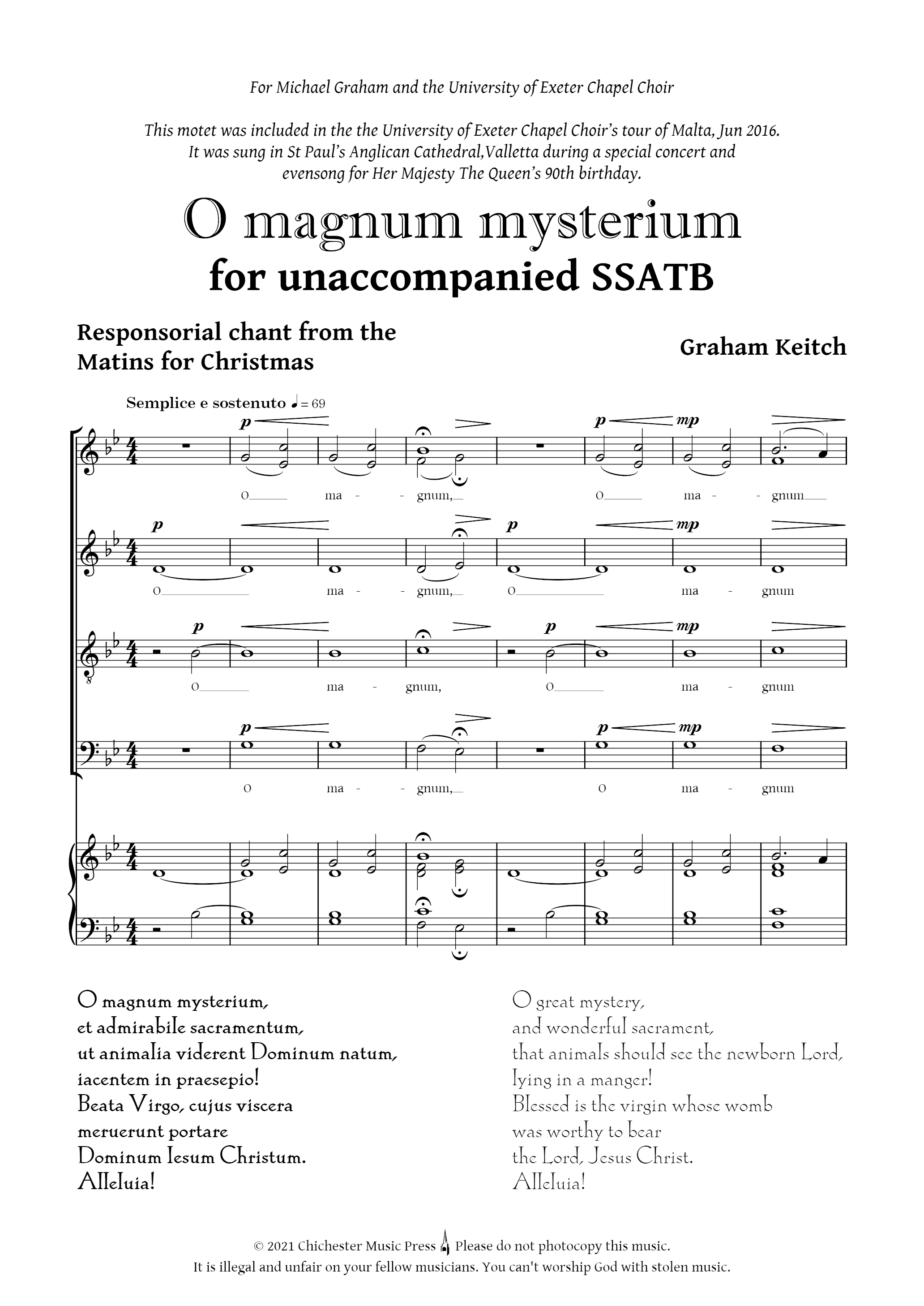 This setting of O magnum mysterium was composed for Michael Graham and the University of Exeter Chapel choir. It was first performed at a Christmas Concert given by the choir in December 2015. The chapel choir has sung it on a number of occasions since during chapel evensong and also in Exeter Cathedral. It was included in their tour of Malta June 2016 when it was sung at St Paul's Anglican Cathedral, Valletta during a special concert and evensong for Her Majesty The Queen's 90th birthday.

The US premiere took place in the Church of the Holy Trinity, Lincoln, Nebraska when it was sung by Dulces Voces in December 2018.

The motet has also been sung elsewhere during Midnight Mass for which this peaceful and haunting setting is well suited, aided by a few bars of quasi plainsong. The piece concludes with a joyous alleluia.