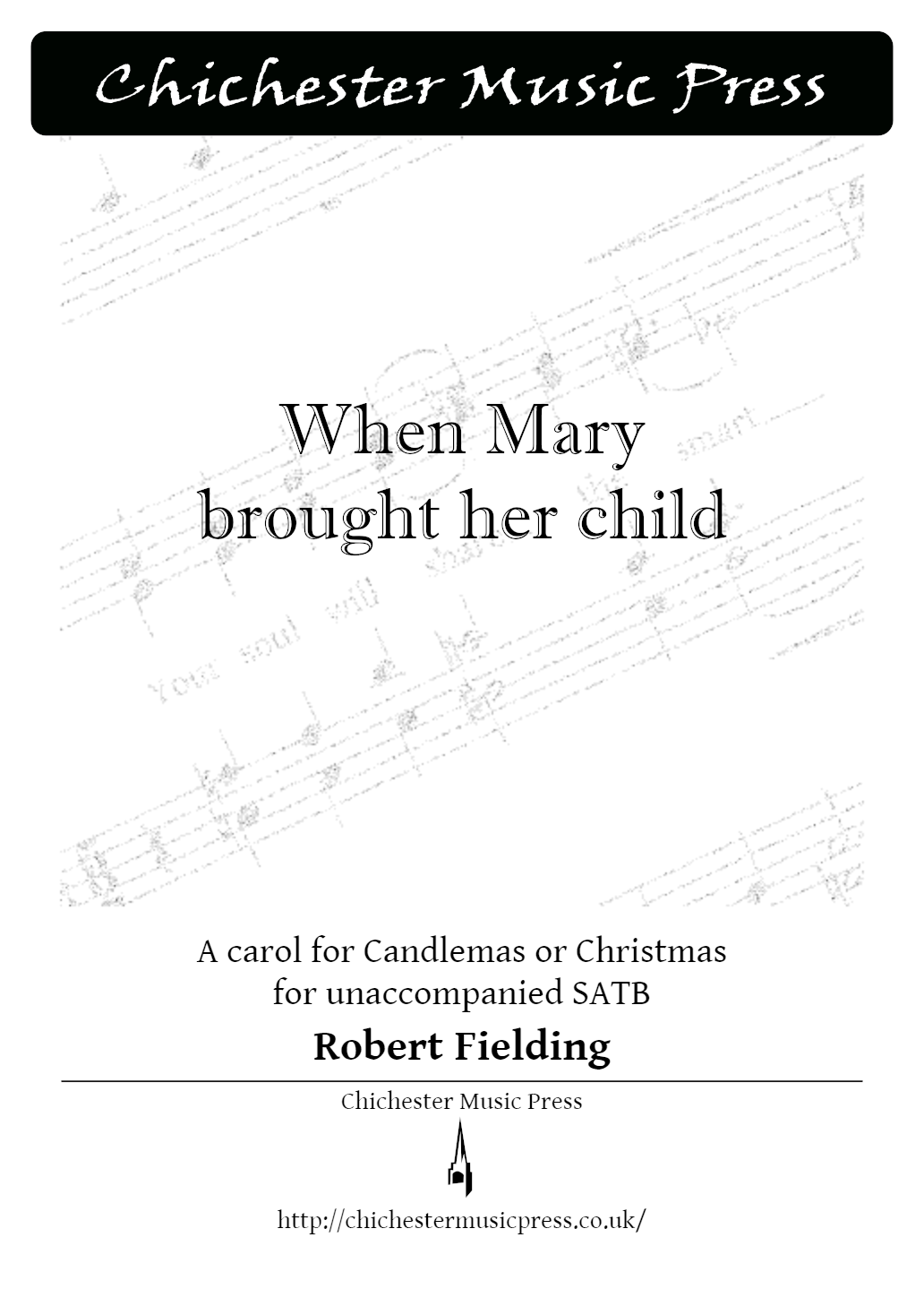 This deeply spiritual text was written in the late 1980s by Canon Jeremy Davies, then Precentor of Salisbury Cathedral. It was created to celebrate the feast of Candlemas and uses dialogue from both Simeon's Nunc dimittis and Mary, the mother of Jesus. The music for this text was written for the choir of Romsey Abbey in 2006 and uses a melody that stands alone and is twice harmonised in a way that reflect the text. It requires sensitive handling and a prayerful interpretation. For those familiar with the cantoring style of Jeremy Davies, particularly at evensong, that is where this carol takes its inspiration.

On writing hymn texts, Jeremy Davies comments; "I started writing hymns when I came to Salisbury because (in my first year as Precentor - 1985) the cathedral was left a small sum of money on condition that some music of Sir Arthur Sullivan was performed at a service in the cathedral. The Dean (Sydney Evans), simply turned to me and said, 'Over to you Precentor'. I first went to the hymn book (in those days A&M before I changed to the English Hymnal!), and found a tune by Sullivan (Golden Sheaves I think!), for Harvest. We didn't need another harvest hymn but St Osmund's day was fast approaching and we didn't have a suitable hymn for him. And so I wrote one - my first. As a bit of a joke, I tried to write something that evoked a G&S patter song with long lines and curious rhymes. It also tried to tell the story of Osmund's life and ministry. We sang it in procession on the two feasts of St Osmund throughout my time as Precentor (26 years!). That was the beginning of a bit of a hymn writing roll."

Jeremy has subsequently had his hymn texts set to music by Richard Shephard, Barry Ferguson and Malcolm Archer.