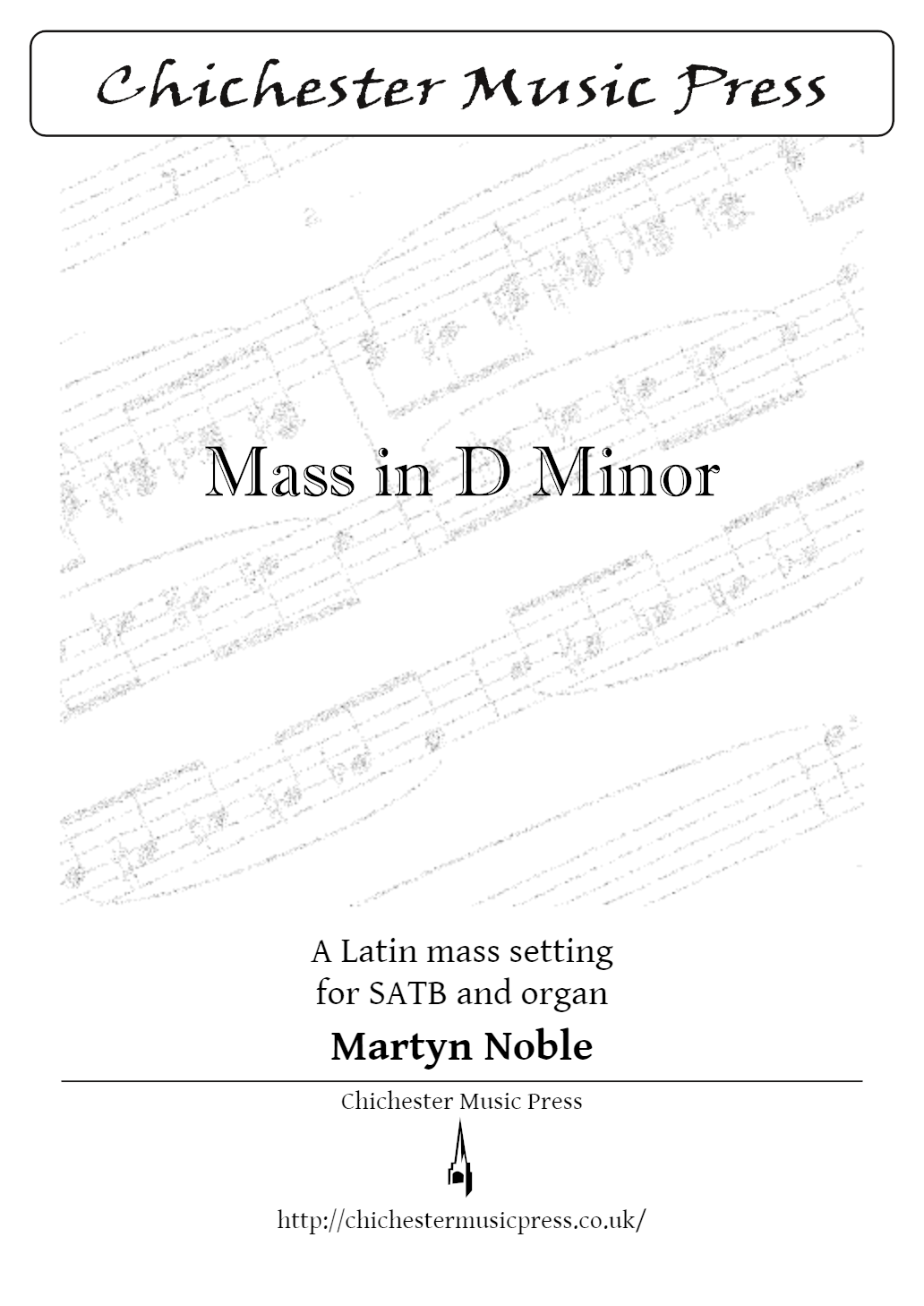 This mass plays around with the relationship between consonance and disonance whilst maintaining a level of dialogue between the choir and the organ. There are sections that are very still and meditative, such as the Benedictus which begins with a solo voice, and there are also sections of passionate chromatisicm and loud false relations, particularly in the Gloria, which ends on a loud D major chord from the organ with the choir singing (in unison) an F natural before finally resolving downwards onto the tonic.

The Gloria is definitely the most adventurous movement of this mass, not only in terms of dissonance, but also with its interplay between simple and compound time signatures, dynamic contrasts and a climactic, unprepared #4-3 suspension with the Sopranos on a top A#.

The Sanctus has two main sections of tension and release. One is very early on in the piece where the organ explodes with full organ chords (albeit with simple harmony). Further on, after a period of build up from the choir where false relations are starting to be introduced again, the organ once again interrupts but this time with much more adventurous harmony, a 32' pedal reed and an accelerando to build tension before an eventual release with an unaccompanied, quiet "Hosanna in excelsis".

The Benedictus is much tamer in its exploration of harmony and begins with a simple solo voice whose melody is then augmented in the tenor part. It ends with an open fifth chord in the relative major with a short tertiary modulation beforehand.

The Agnus Dei is much more contemplative and follows the same layout as the Kyrie, with alternating choral and organ sections. The organ interludes alternate with 4/4 and 3/4 bars to give a gentle rhythmic lilt. There is a much more subdued climax towards the end from the organ before the choir and organ come together for a final, peaceful "dona nobis pacem" ending in the tonic major.