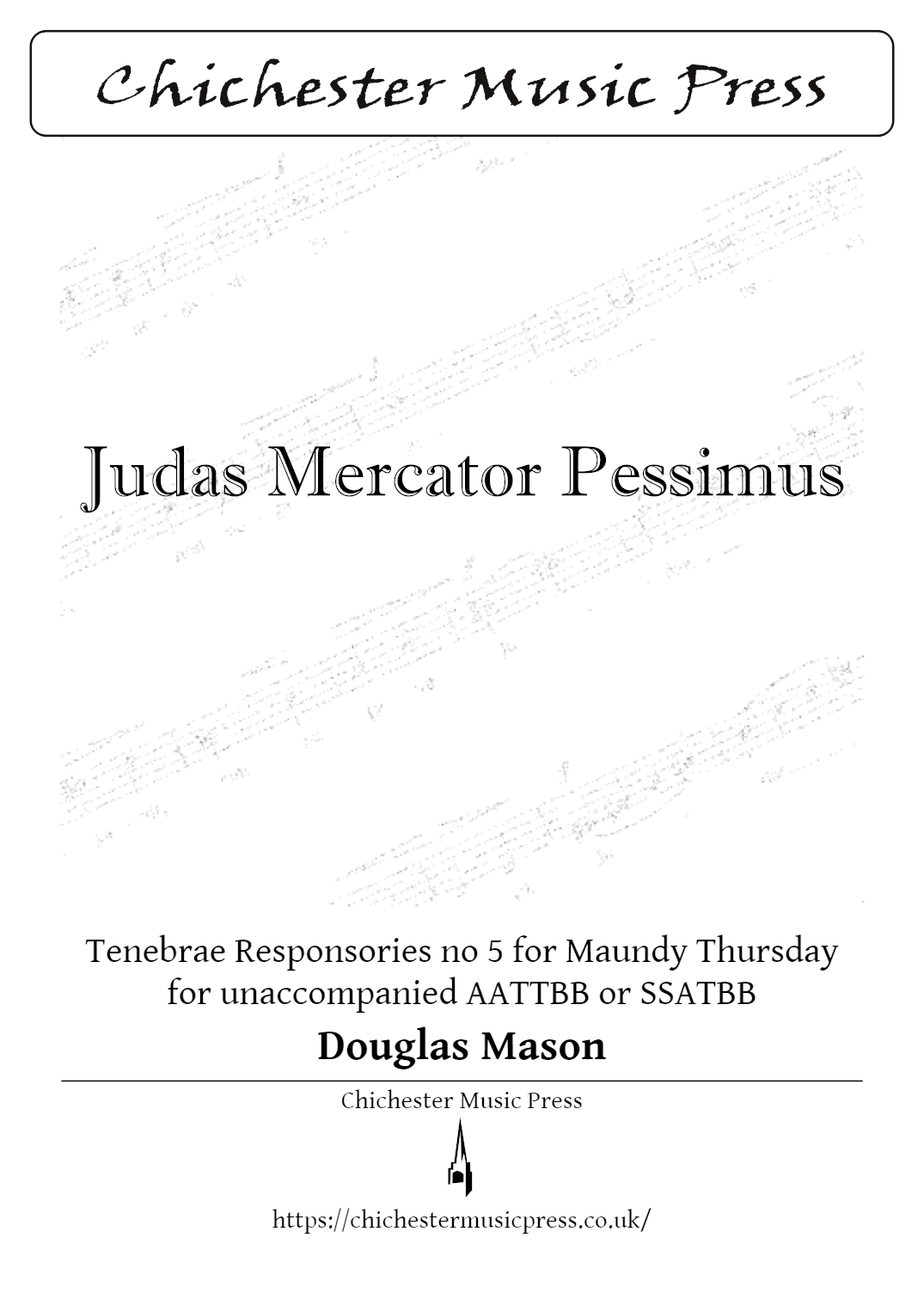 Composed in 2016, Judas Mercator Pessimus was premiered in concert by Exeter Cathedral Choir in 2017 and also performed by Gloucester Cathedral Choir during Holy Week the following year. Depicting the betrayal of Jesus by Judas Iscariot, the music for this setting of the fifth Tenebrae Responsory for Maundy Thursday creates both drama and poignancy through its use of harmonic tension and texture.

Originally written for AATTBB, Judas Mercator Pessimus can also be performed by SSATBB.